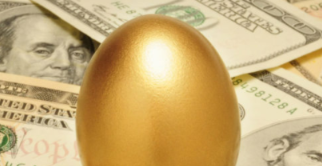 In employment settings in which women save less for retirement than men, an aggressive educational program can help to narrow the gap. That’s the conclusion of a study conducted by the Center for Retirement Research.

The study focused on the impact of an initiative by the state of Wisconsin to close a retirement savings gender gap among state employees. Although Wisconsin state employees were also covered by defined benefit plans, increasing women’s contributions to a state-sponsored supplemental retirement plan was considered essential to their retirement security.

The study’s authors reported that, while financial education outside of the workplace typically doesn’t correlate with increases in retirement savings, workplace-based education efforts generally are effective. The Wisconsin initiative “delivered information, motivation, and challenges through multiple media over a span of a few months.” For example, women received monthly emails with messages such as “women are twice as likely as men to live in poverty during retirement,” with links to online educational resources and financial planning tools. Such messages apparently hit home.

Women were also invited to attend women-only lunchtime education sessions, and the resulting participation rates were high. Rather than lectures, the program format emphasized peer interaction to overcome what the study’s authors call “the ostrich effect” — a reluctance of people to discuss personal finance matters, especially if they’re already worried about their financial health. Program content directed participants to take specific actions to improve their financial outlook, particularly increasing their participation in the supplemental retirement savings plan.

previous10 Facts About the Pass-Through Deduction for Qualified Business Income